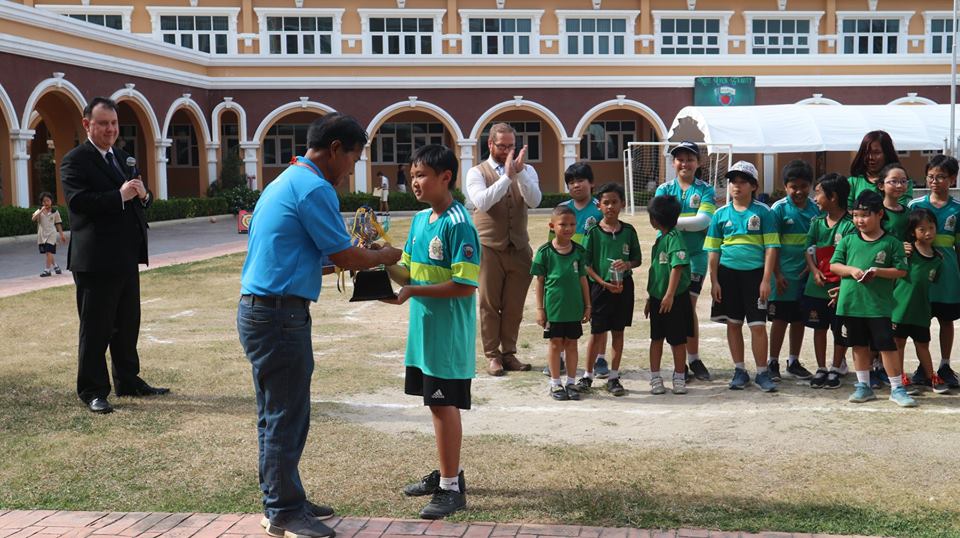 It was a sunny afternoon at Bloomsbury International School, when Mr Andrew Elliot, the school’s Principal, made his introductory speech and explained how events such as the school's Sports Day were driven by Bloomsbury's guiding statements. Physical fitness (which is promoted via sports and PE occasions) is regarded as an essential life skill, and the teamwork and shared purpose potential of participating in Sports Day via Bloomsbury's house system represents an important way in which the school value statement that encourages a sense of pride in belonging to the school community, of loyalty, of unity and of shared purpose can be realised.

After the opening speech, it was on to a great competition between Newton, Turner, Nightingale and Einstein. All teams put up a great fight. By the half-way mark there was only a few points separating the four houses; however, Newton and Turner seemed to have the edge in the track events resulting in the two houses stretching their lead.

It was a closely fought battle. Turner’s excellent win in the final Year 5 and 6 relay brought them within 2 points of snatching the lead, but Newton had just enough points to hang on and became this year’s primary champions.

A big round of applause to all the houses who really put in a great effort and made this a fabulous afternoon of sport. And, as always, a big thank to the parents committee for the excellent refreshments and all the parents who came out to support the day.

We look forward to seeing you again next year.